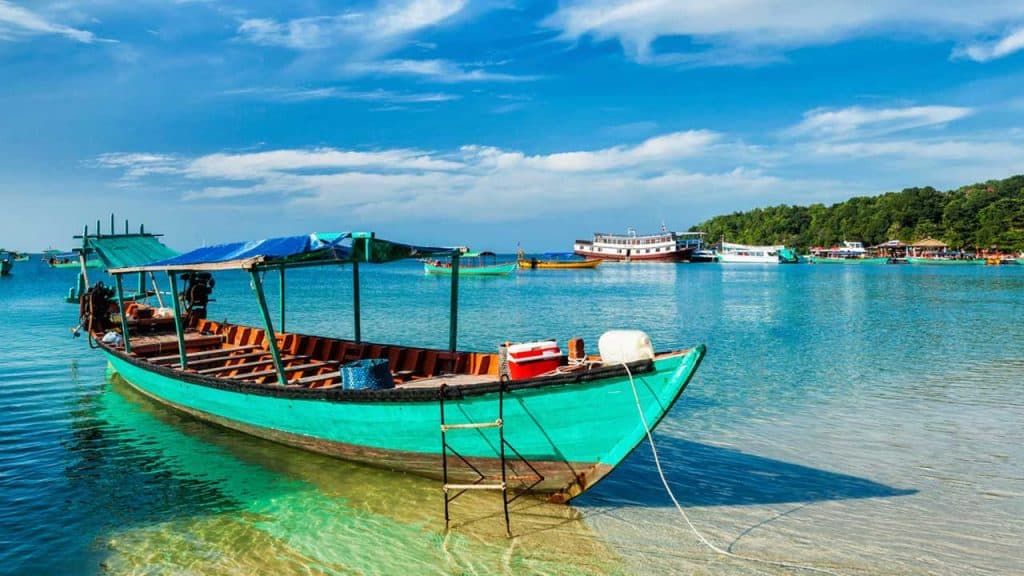 In a land with thousands of years of history, Sihanoukville is a colourful but tragic upstart. A mere fifty years ago, a French-Cambodian construction carved a camp out of the jungle and started building the first deep-sea port of a newly independent Cambodia. Named Sihanoukville in 1964 after the ruling prince of Cambodia, the booming port and its golden beaches soon drew Cambodia’s jetsetting elite, spawning the first Angkor Beer brewery and the modernist seven-story Independence Hotel which, claim locals, even played host to Jacqueline Kennedy on her whirlwind tour of Cambodia in 1967.

Alas, the party came to an abrupt end in 1970 when Sihanouk was deposed in a coup and Cambodia descended into civil war. The town – renamed Kompong Som – soon fell on hard times: the victorious Khmer Rouge used the Independence Hotel for target practice and, when they made the mistake of hijacking an American container ship, the port was bombed by the U.S. Air Force. Even after Pol Pot’s regime was driven from power, the bumpy highway to the capital was long notorious for banditry and the beaches stayed empty.

Peace returned in 1993 following the historic elections organized by the United Nations Transitional Authority in Cambodia ( UNTAC) and in the ensuing ten years Sihanoukville has been busy picking up the pieces. First visited only by a few intrepid backpackers, guidebooks still talk of walls pockmarked by bullets, but any signs of war are hard to spot in today’s Sihanoukville, whose new symbol seems to be the construction site. After 30 years of housing only ghosts, the Independence Hotel is up and running again, more and more Khmers and expats have settled down to run bars and restaurants, and the knowledge of what the New York Times dubbed “Asia’s next trendsetting beach” is starting to spread.